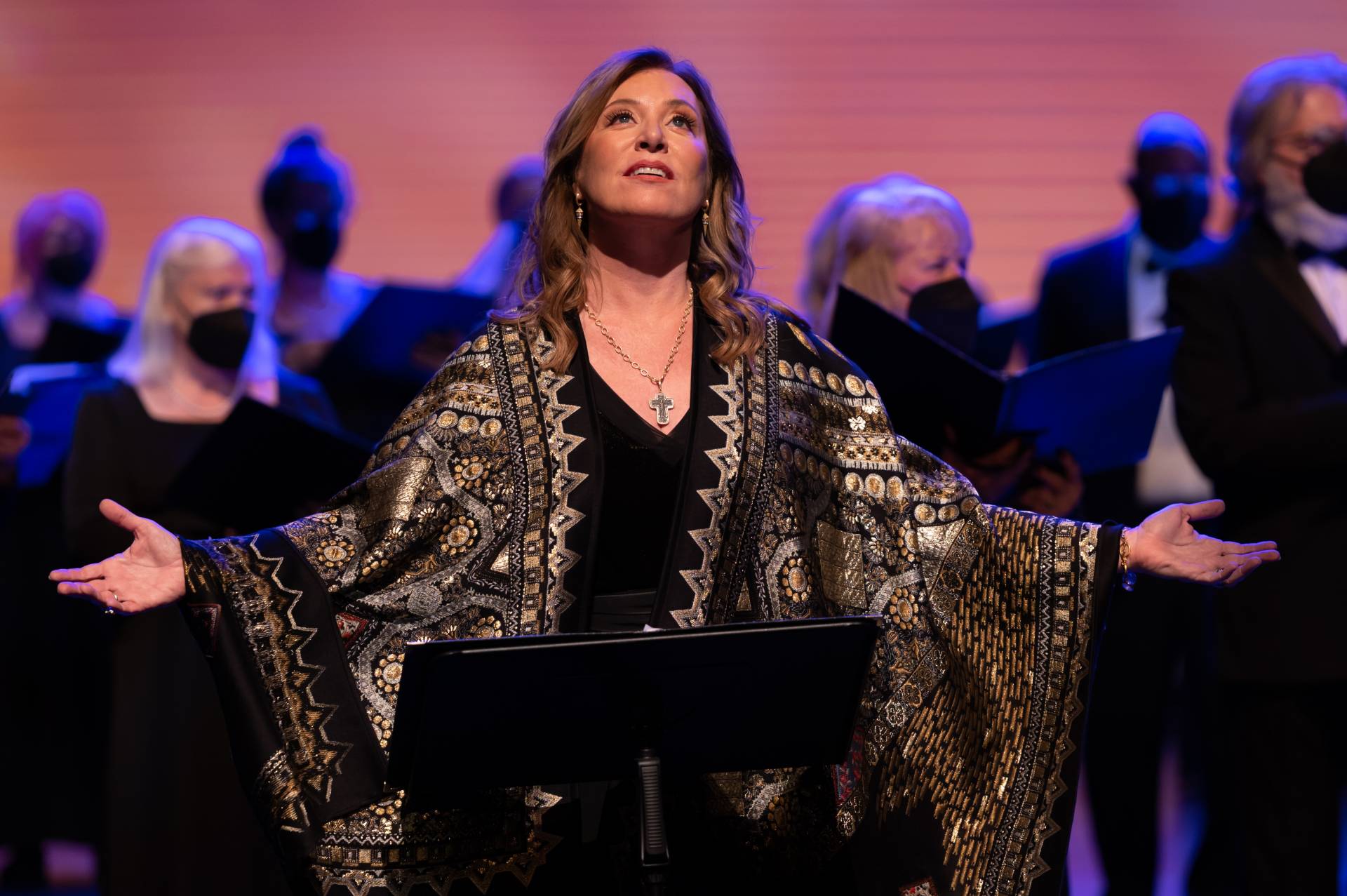 Lisa Reagan Love is an American mezzo-soprano, composer, and classical-crossover artist whose work has resonated in cathedrals and concert halls around the world.

Born and raised in Oklahoma, she has performed in 15 nations on four continents, most recently at the Salzburg Music Festival, and has been a featured soloist at the White House and the John F. Kennedy Center for the Performing Arts. She studied piano from the age of five and acting at the age of eight, making her professional debut at 16 in summer stock with Lyric Theatre of Oklahoma. She studied with the renowned voice teacher Florence Birdwell at Oklahoma City University, earning a double major in vocal performance and piano performance. She was crowned Miss Oklahoma and went on to earn her master’s degree in opera and vocal performance from the University of Maryland’s Opera Studio.

She has performed at the White House for heads of state, at the Kennedy Center for President Ronald Reagan (a distant cousin) and for George H.W. Bush, and at concert venues around the world alongside Placido Domingo, Luciano Pavarotti, and Renee Fleming, including a solo performance for King Hussein and Queen Noor in Jordan.

From 1989 to 2008, she was a resident member of the Washington National Opera. She has performed with Wolf Trap Opera and Minnesota Opera, Music Theatre Wichita, and the Bel Cantanti Summer Opera Festival. She returned to Oklahoma in 2008 to accept a position on the voice faculty at her alma mater, the Wanda L. Bass School of Music at Oklahoma City University, after 10 years on the faculty of the Shenandoah Conservatory of Music.

As a composer and recording artist, The Washington Post noted her “desire to explore new vehicles of musical expression.” The Post hailed her debut solo album, Satori — the Buddhist term for a sudden, inexpressible feeling of enlightenment — as “a series of compositions that combine the musical styles and rhythms of different cultures — from Irish melodies to Middle Eastern harmonies to African rhythms.”

She has continued to explore ancient and sacred music from around the world. Satori became the name of her production company, which has released the CDs Arcana (2006), Noel (2012), Realm of Dreams (2015), Force of Love (2016), Most Wonderful Time (2016), Ascend (2017) and If Thoughts Could Tell (2018). Her composition A l’infini appeared on the finale of the inaugural season of Bravo’s reality series Project Runway.